For a couple of months my mantra was „all will be well“. However, six months after the accident in Quixada, when I still couldn’t run without feeling pain after a few minutes, it finally dawned on me, that all will be well not automatically.

Another month with doctor’s advices, MRIs and X-rays went by. The diagnosis: the posterior cruciate ligament (PCL) is ruptured. Yesterday I underwent a four hours surgery. While replacing the ligament, the doctors discovered, that the meniscus was damaged, too, and needed reattachment. 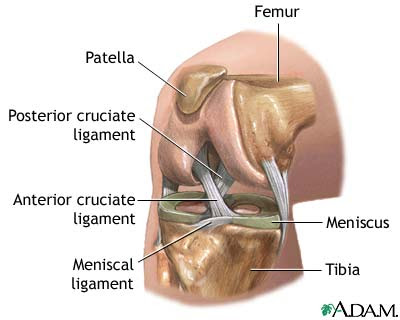 If I’m lucky, and everything runs fine, I’ll walk without splint and crutches within three months. Another six months until recovery is complete. „Complete“ is relative: maybe the knee will be stable enough again, maybe not. If not, the anterior cruciate ligament, that I’ve been living without now for ten years, will be replaced in another surgery. Wish me luck, that one surgery is sufficient!

Consequences are clear: I’d better not paraglide for the rest of the year. I’ve already given back my comp wing to Housi – life’s easier without permanent temptations. So far for the dark side.

On the bright side: in autumn I’ll begin to learn flying a sailplane in club in Winterthur. „When one Door Shuts another Opens… How often does the Divine Bounty surprize us with unthought of Felicity!“ (S. Palmer, 1710)